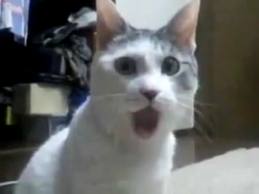 You know, I’ve done this whole Goddamned research thing for the last 2 or 3 days in an effort to really counter the BSoA decision to hate fags, but then I remembered that climbers don’t come here to read well researched, reasoned opinion pieces about today’s hot-button issues.  They come here to laugh at the fucking insane bullshit that’s going on around us, because Goddammit if you don’t laugh, what, you gonna’ cry like a fucking baby?  Huh?  You some kind of fucking baby?  I’m sorry, that isn’t fair.  That’s the jet lag talking, I’m really sorry.

So here’s the deal:  I couldn’t sleep on my 14 hour flight to Taiwan, I’ve spent the last 72 hours in conference rooms that smell like a homeless guy’s sweaty nut sack,  I’m tired, I’ve been fucking sick, I’m hungry (I have to take a $15 cab ride from my hotel to get to the nearest decent vegan restaurant) and all of this just makes me even more sure that I’ve had it up to fucking HERE with groups of men who wear faggy uniforms, fuck little boys, and still have the wherewithal to tell gay people that we’re not allowed into your club.

Yeah, that’s right.  Turns out the Boy Scouts (a for-profit, $900 Million corporation) have a lot in common with the Catholic church.  They’ve been burying molestation cases for YEARS, and evidently have a secret stash of pedophile cases that they keep in some bunker outside Dallas, and have worked for the last 50 or so years to keep all of this secret because of the damage it may do Scouts as an organization.

Well you know what, BSoA?  HomoClimbtastic created a secret panel 2 years ago, filled with various members of the community (all of whom agree with us, because like BSoA, this ain’t a fucking democracy) and we’ve come to several conclusions:

A)  We fucking hate you.

B)  We fucking hate your uniforms.

C)  Those of us with children know that only 8% of child molesters identify themselves as homosexual in their adult relationships, meaning we know that our children are far safer with our gay friends than with some (now guaranteed to be) heterosexual scout masters.  Mike Huckabee apparently disagrees but mostly because he’s a man who makes a wonderful living pandering to the stupidest people on the face of our planet.  Also, facts are complex and often nuanced, which means you have to spend time dealing with them rather than watching re-runs of Jersey Shore.

D)  We hate it for gay kids that your organization, while seeking to create “morally straight” men, simultaneously encourages kids to lie about who they are on a very fundamental level so they can still be a part of your fucking club.  You are a very big part of the problem.

Yeah. So fuck you.