HC’s Spring trip is in full-swing, and that means that it’s Sponsorship time! We’ve been knocking on doors like a gang of 19 year olds trying to sell you some shitty knives, and emailing/calling/begging for sponsors always reminds me of being stuck in traffic in Guadalajara where those cute little kids come up to your window and try to sell you some chicle. I’m always super nice to those kids, ’cause I’m a decent goddamn human being, and sometimes I even give them a couple bucks. I see other people get really nasty & hateful with them. In case you were confused, this is a literary device called an allegory, and today I’m using it to exorcise my frustration with the good people at **** company for being snotty with me last summer. OK, so maybe the chicle kids don’t tell you that your marketing strategy is kind of lame, and will only appeal to 17-34 year old white men, but girl let’s be honest…if you can’t trust the people at Homo Climbtastic to be honest with you, then who the fuck you gonna’ trust?

You'd be a fool NOT to take marketing advice from this kid.

I’m also, as coincidence would have it, making “cold calls” to try & sell stuff for my real-life job…the one that actually pays my bills. Oh the rejection. If you’ve never worked in a sales position, then you just can’t grasp the humiliation we endure. And for some reason, every time I get involved in a job or in any type of organization, this is where I wind up…peddling my fucking chicle. Once, many many moons ago, I accidentally sold Cadillacs for a year. It wasn’t my fault, I was in a blackout. It was like, one night this guy invited me to a party & I woke up a year later driving a red Cadillac Eldorado with a geriatric sitting next to me telling me about his grand-daughter and how well we’d get along. Meth is a Hell of a drug. Anyfuck, I soon discovered that selling cars is one long, painful cold-call. I also learned that, as human beings, we deserve to be exterminated. My therapist says this is normal for someone who’s been through that type of trauma, and my attitude toward my fellow man seems to be getting better. 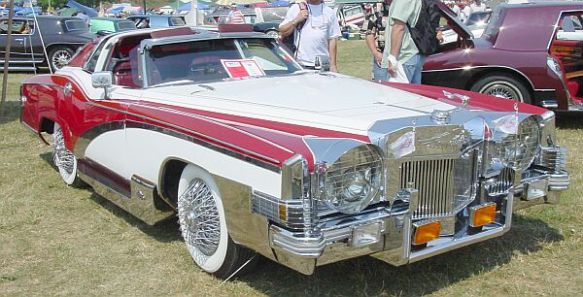 I have to go make more sales calls now. Hey, if any of you need a couple hundred thousand electronic components per month, give me a call…I’ll make you a killer deal.

8 thoughts on “Would You Like to Buy Some Chicle?”