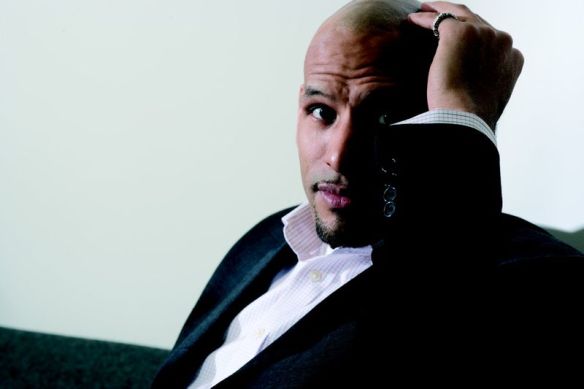 In an otherwise intelligent interview, out (former) NBA player John Amaechi said something that really cheezed my muffin (this is a bad thing, muffins should not have cheese):

JA: I think there are probably 5,000 mainstream professional athletes in the US, maybe 500 of them are LGBT, I just don’t think that is a key demographic in the quest for change. Some are “stunted” as I mentioned – not as many as I made out in that article in fairness – but I think it is a just a plot device we like to have in our mind that if a big enough star came out the fans would stop being homophobic, the family research council would rethink it’s policies and all would be well.

I was in Cologne for the gay games and I spoke to person after person – all from southern or central states in fairness – who were not out at work: high school teachers (a LOT of teachers) , several IT technicians, two journalists, a TV production person and others… all of whom felt it dangerous in one way or another for them to be out at work – all of whom said that gay athletes should come out even though they felt they couldn’t. When all teachers, engineers, etc, etc feel safe to come out, maybe then the argument for professional athletes to do the same would not ring with so much hypocrisy. A gay sportsman coming out just isn’t going to have the impact you think. Young people are mostly already won over in terms of LGBT human rights, and those with the real power, aren’t going to be swayed by an athlete, because they aren’t swayed by the hate crimes statistics, they aren’t swayed by the genuine love of gay couples and they aren’t swayed by the logical argument for equality.

(Emphasis mine.) As Kelly likes to say, get off the cross, the rest of us need the wood.  There are plenty of us who DID come out, in the south, and everywhere else, at great personal expense, who also think that the world would be improved if professional athletes came out.  Just because you found some people who didn’t come out who would like professional athletes to do so doesn’t mean the argument for athletes coming out “rings with hypocrisy,” oh, and p.s., Magic Johnson’s announcement that he had HIV in 1991 took about 10 times the balls that it would take for a pro athlete to come out as gay in 2010.  Magic Johnson pwned you and everybody else from now until eternity.

For me, as a kid, growing up with gay characters on MTV, one of the most significant moments for me was still Magic Johnson’s announcement–he wasn’t gay, but he revealed something  that would certainly cause a lot of people to suspect that he was, which implied in a way that it was alright in professional athletics.

Regarding the benefits of coming out, we live out of the closet not just because it sways people in power (that’s pretty low on my own list).  Living openly provides an example for others, especially youth, and breaks open the rest of society.  A lot of people are working very hard to paint a complete portrait of the LGBT community, inclusive of LGBT athletes, and the attitudes of youth are the fruit of that labor, not a reason for saying the effort is unnecessary, and rural LGBT youth are still kicking ass and taking names (e.g. prom brouhahas in Mississippi and Georgia).  Having lived out the impact of seeing other gay athletes now, and seeing virtually none as a kid, Amaechi’s dismissal tempts me to call him out for being a douche. But I won’t, because, you know, it’s easy to say a bunch of shit you don’t mean in an interview.  But then, here it is again in another interview.

I agree that it’s not your personal responsibility to save the world–come out if you damn well want to, or don’t.  That’s your call.  Nobody says you have to screw yourself over to help everybody else.  Virtually no one makes that argument, which is why I wonder why people are so intent on countering it.  We all look out for number 1 sometimes. But don’t be a shithead and dismiss the efforts others have made to live authentically for themselves and the rest of society.  Had an opportunity to help a lot of people and go down in the history books, but didn’t take it?  Write a sad poem in your journal and move on. And quit shitting on the rest of us in your interviews.