I read this cute article from Urban Climber, Twenty-Five Things Every Climber Should Know part of (The Urban Climber Abridged Climbing Almanac) and I friggin love it. It totally reminded me of our Getting Rid of Your Gym Habits post. After reading and laughing there are a few points that struck a chord with me. “Things” one, four, six, thirteen, eighteen, twenty-one were just awesome, I’m still working on the courage for nine, fifteen made me all emo as I have unbridled admiration for Wolfgang Güllich and Lynn Hill, but fourteen, seventeen, and twenty-five are so true, it HURTS.

Have a look. Which ones make you laugh? Which ones ring so true, your ears hurt? And which ones did you have to Google the definition for? What would you pay-it-forward to the climbing community, both new and experienced? 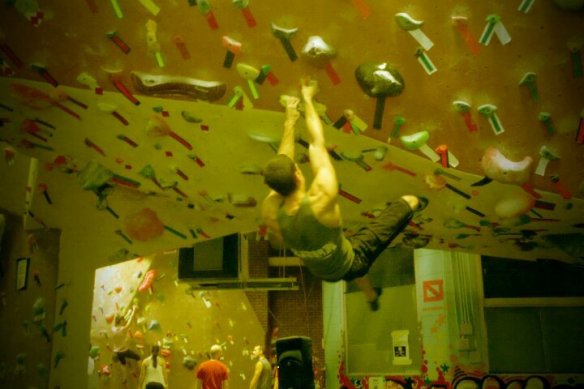 Leo getting it DONE @ Brooklyn Boulders

And even though Urban Climber Magazine is published in New York, looks like they didn’t know to add number twenty-six to the list: Leo “Yes, that’s my ape index AND I’m happy to see you” Lipsztein was featured in NEXT Magazine representing Queer Climbing! Yih yih! Congrats Leo + New York’s CRUX for letting the world know global domination is upon them.

PS, if you don’t know where the title is from, you haven’t been doing your homework…