Most of us these days, including me, started climbing in a gym.  And gyms are good at building bad habits.  Perhaps you’re climbing outside for the first time, and you’re on a toprope, and you do the whole thing without falling, and you’re really excited, and you’re like,

“YEAH I SENT THAT SHIT!”

But then a hush falls over the crowd.  You mean…. you didn’t send it?  WTF?  But you’re outside!  You’re in nature!  Rules mean nothing!  You are a free agent!

But the whole sport is profoundly arbitrary, either there’s bolts drilled into your sport climb, or someone with a big broom brushed all the shit off your trad route.  In terms of connecting with nature or your primitive roots, you might as well go bowling.  It’s a culture and there’s norms and you don’t want to be the douchebag who’s drinking the water out of the finger bowl.

At Homo Climbtastic, we don’t want you drinking out of the finger bowl.  We are like Joan Crawford.  So here’s a starter list of gym induced sport climbing no-nos.  For the sake of brevity, I state only generalities; the exceptions would foreclose pithyness.  But there are exceptions to some of these.  Actually just the one about jumping.

Bad: Leaving the start of a figure eight knot in the rope after you get off a TR.
Worse: Leaving a GriGri attached

Bad: Calling for a take when you’re above the last bolt
Worse: Actually taking

Bad: Short roping
Worse: There is nothing worse than short roping.

Bad: Using the black lever on the GriGri to feed out rope for clipping
Worse: Yelling, “but it’s stuck!” when your climber yells at you

There’s more, but I don’t get paid for this. Fortunately, Rio is here to finish where I leave off.

Bad: Sharing crux beta when it wasn’t asked for
Worse: Beta-raping someone before they’ve even tied in

Bad: Leaving your gym’s belay card on your harness while climbing outdoors
Worse: Climbing with excess gear on, in the GYM (we get it, someone took you outdoors)

Bad: Breaking in new climbing shoes
Worse: Saving the rubber for the gym

Bad: Incorrectly taping up minor injuries
Worse: Over taping such that you look like an extra in “The Mummy Returns” 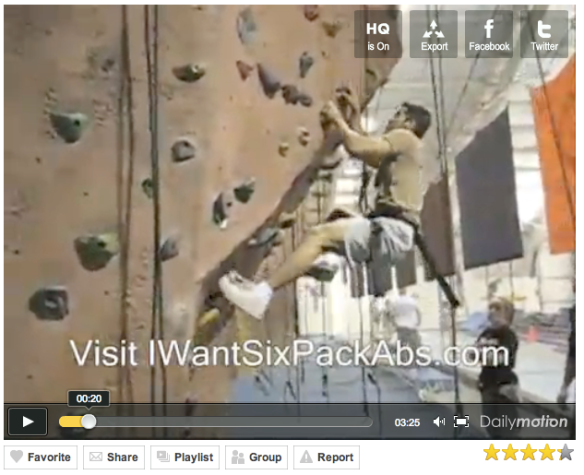 1 thought on “Getting rid of your gym habits”